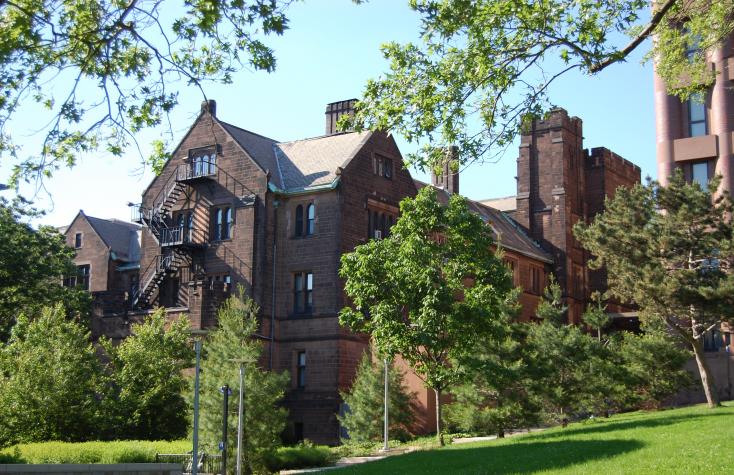 How to get to the Physics Department from the New Haven train station (New Haven Union Station):

1) Yale shuttle (free, about 20 min.): it stops in front of the train station (it is a white small bus/van, Yale written on the side) anybody could go in (no need to show any ID), it runs quite frequently, you can check it in real time here http://your.yale.edu/community/getting-around-yale/shuttle

2) Downtown/Union Station Shuttle (free, 5 min)+10 min-walk through campus: if  the weather is nice and you
want to have a little glimpse of the Yale campus, you could take the free downtown/union station shuttle that brings you to downtown New Haven, (it runs very frequently, look for a regular city bus with the green sign) and then you could walk to the Physics Department (10 minutes), taking the Hillhouse Avenue, the most beautiful street in America according to Charles Dickens and Mark Twain, here the path you may follow.